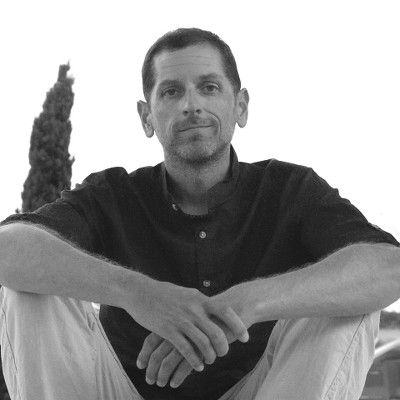 Born in Geneva, Switzerland, Fabien is a composer, arranger, music producer, pianist and guitarist. He graduated from the prestigious Berklee College of Music in Boston, USA and is currently professor of music production at Berklee in their new campus in Valencia, Spain.

Fabien is an artist who has always needed to express himself through art and creation. Music is yet one more language for him to express his creativity and emotions. He started learning music with classical piano and later self-taught electric guitar in his teens. He then proceeded to take professional music lessons at the École des Technologies Musicales in Geneva, where he learnt arranging, harmony, piano, jazz guitar and computer production to name a few.

He began his musical career in Geneva as an arranger and producer, writing and sequencing music for authors, composers and music ensembles. Meanwhile, he began to write and produce his own compositions by mixing many different musical styles such as jazz-fusion, latin-jazz, metal, hip-hop and more. He also performed in several live groups and bands.

In 2007, Fabien decided to continue his musical studies at Berklee College of Music in Boston in Contemporary Writing and Production. He studied arranging, orchestration, music production, orchestral MIDI mockup creation and music for film and video games. At Berklee, he won the Chicago Commercial Award for best commercial composition and the John Dankworth Award for best vocal arrangement. He also played some of his arrangements at the Berklee Performance Center (BPC) for the CWP Student Concert in March 2009, and the Writing Division Awards Concert in April 2009.

After graduating from Berklee, Fabien completed his professional experience through two internships. The first, in a Sound-Design company for video games in Boston. The second, in a production studio in Boston, where he put into practice his skills as an arranger, sound designer and orchestral mockups creator. In addition, he has had the opportunity to arrange two orchestral pieces for the American latin-jazz artist Poncho Sanchez and to orchestrate several pieces for various composers. He also played in several gypsy jazz bands in Boston.

Fabien currently teaches computer music production at Berklee in their new campus in Valencia, Spain.  His classes involve teaching students to produce, compose and arrange music on recording and musical sequencer software, and advanced virtual instruments. He recently won a contest for the Hemispheric in the City of Arts and Sciences. His work is currently being used for the presentation of the Hemispheric Planetarium.

Currently, he also works as a freelance musician and produces, writes and arranges music for various projects. These include production of Hip-Hop artists in Paris and Geneva, orchestration for High Performance Music - Rhythmic Melodies, a musical project performed by the Boston Chamber Orchestra conducted by Yohei Sato and most recently, the last album arrangement of Jean-Pierre Loubinoux - Rêver.

Fabien also runs several projects including a gypsy jazz group in Valencia and his most recent jazz-fusion project, recorded in the professional studio at Berklee-Valencia. His compositions were performed by students from Berklee-Valencia. For this project, he collaborated with a young and talented jazz-fusion guitarist Alessandro Giglioli, who interprets the melodic parts and improvisations with a musical sensibility and a unique sound for this very specific style of music.